On Saturday 4 March 2017 Pioneer Homing Society (affiliated to WDHU) welcomed Mr Banderker to come and address them and all fanciers and friends of WDHU.  It was also an opportunity to pose questions to him on how best to handle pre-season preparation.

Mr Banderker is a man with a true passion and love for pigeons.   He is prepared to take the knowledge and experience he has worked hard to acquire over many years, and to share it freely with all who are willing to take the time to listen.  As paint technologist by profession, he had a chemistry lab at his disposal, which he used to research for himself the ideal chemical composition and nutritional value of supplements, medication, grains etc which a racing pigeon requires.  He also holds vast knowledge on the chemical effects these have in various combinations or how this may impact our feathered friends during the breeding, the moult or the racing season.  He has taken this passion as far as developing his own range of supplements which he believes covers all the requirements for optimal health. 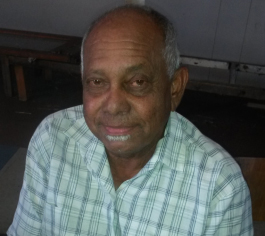 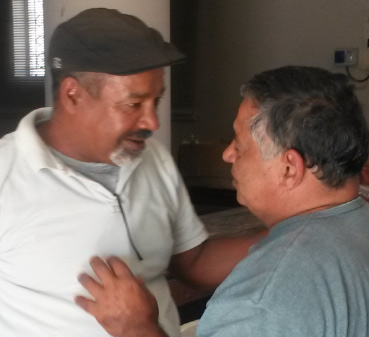 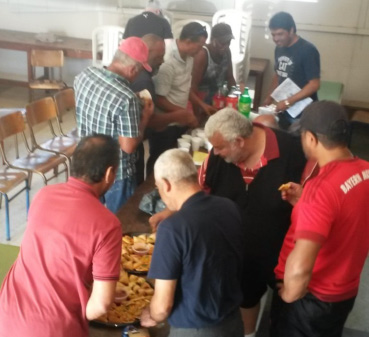 Mr Banderker does not believe that secret potions, “bombs” or “muti” will make a bird win.  Such concoctions will inevitably have negative side effects in his view.  He points out that the word “biosis” means “life” and therefore “antibiotics” are ultimately “anti-life”.  Instead he advocates ongoing preventative treatment.  It all comes down to having very good pigeons that are well looked after, well trained, given the best nutrients in the right proportion and most importantly to him, loved.  He firmly believes that LOVE FOR PIGEONS is very important and must be imparted into the bird in order to lead to good performance. He also believes that nature has given many of the best supplements and medication e.g. garlic, apple cider vinegar, lemon, honey etc

PROFILE ON MR BANDARKER:
His interest in pigeons started at age 7 where he grew up in Black River (now Rondebosch).  He grew up around fanciers like Mr Stansfield, Mr Roberts, Mr Hoffman, Clarke Brothers.  He started racing in Welcome Homing Society in 1970/71 and flew against the likes of Ivan Fisher, Solly Williams, Atkins and Clarke Bros.  He was crowned CFHU Union Champion on 3 occasions.  He used to always do well at Bloemfontein  and Springfontein –He started importing birds in 1976 straight from the Janssen Brothers.  Later around 1994 he also brought in the Van Der Wegens and Toeniers.  Since his retirement from racing in 2000 due to health reasons, he has continued to breed babies for others and reports many good success stories.

Many aspects were covered and his scientific research was shared on
Nutritional value of the grains we feed.
The moult and how to promote it
Natural supplements
Antibiotics
Vitamins

There were also good questions posed on line-breeding and in-breeding.

Thank you Pioneers Homing Society for taking the initiative to not only provide an opportunity for our fanciers to learn and develop, but for bringing us together during the off season to interact and socialise around this wonderful hobby and with lots of good things to eat and drink at the same time.  We look forward to the next session and encourage everyone else to attend.

Should you require any further information related to this article, please contact Ashley Lakey on 083 4628 182 or by email.