On Wednesday 30 August 2017, the pigeon racing fraternity in the Western Cape was rocked with the news that all pigeon racing for that weekend would be suspended as a result of the outbreak of the H5N8 strain of the avian flu virus. As per reports, this virus is commonly spread among wild birds and domestic poultry. It normally does not infect people and is treatable, however, if not brought under control then the effects can be devastating.

SANPO wished to be proactive and heed the recommendations made by the provincial department of agriculture that restrictions be placed on the movement of racing pigeons within the region until such time as vaccinations could be arranged. This meant that fanciers would need a movement permit if their pigeons were coming within 30km of an infected farm. SANPO president Fadiel Hendricks was quoted in the Cape Argus as saying “We have an understanding that you can race, but if something happened and a pigeon gets killed and tested and it’s found to have avian flu in the pigeon, then pigeons from that area will be culled. So for now, there is no racing.”

The official vet for the organisation, Ockert Botha, was also quoted in the Cape Argus as saying: “Scientific evidence is clear that currently there is no evidence that avian flu affects domesticated pigeons, or that they play a role in carrying the disease and therefore are a threat to the poultry industry. However, we are being ever vigilant of the importance of the disease.” 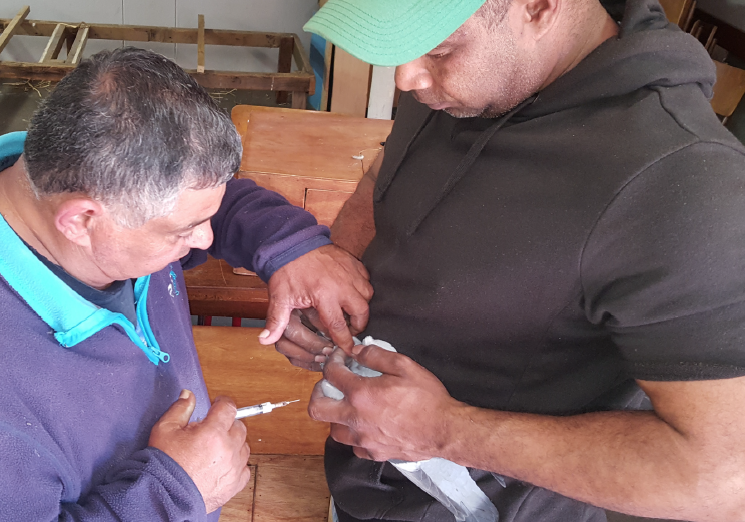 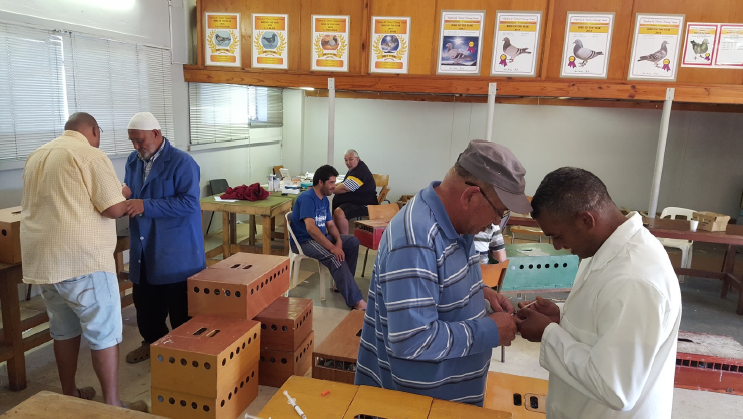 On Tuesday 5 September SANPO provided sufficient doses of free vaccine to all affected racing pigeon organisations in the Western Cape. WDHU Executive decided to arrange for the vaccinations to be administered at the union headquarters on Sunday 10 September. All member fanciers were required to present their birds between 9am and 3pm so that the vaccine could be administered under the auspices of the WDHU Executive, as required by SANPO.

It was heartening to see members heeding the call of the WDHU Executive and offering their time and assistance in this huge task. There was a jovial atmosphere when snacks were provided in the morning and thankfully the atmosphere was maintained throughout the day!!!! Well done to ALL our members!!!!

Normal pigeon racing was resumed on 16 September and there have been no major reports of further outbreaks of the virus. Our hope is that the virus has been contained and that it will not threaten our sport again. The WDHU Executive have undertaken to make the vaccination drive an annual event from now on.

Should you require any further information related to this article, please contact Shiraz Onia on 082 452 5718 or email ashley.lakey@hotmail.com.